To ease your journey through hundreds of pages of information on places, towns, cities and other locations in Florida, we’ve identified regions for you to navigate to get to where you need to be. From the secluded beaches of the North West to the bright city lights of the South East, the amazing attractions of Florida invite you to explore even further. Once, you’ve made up your mind on where to go, browsing money-saving websites like Love Money for tips may allow you to enjoy your vacation while keeping to your budget.

Also known as Florida’s Panhandle, the North West region of the Sunshine State overlooking the Gulf of Mexico features miles of sugar white beaches and emerald green waters, quaint towns and recreational opportunities that cover everything from fishing at the “World’s Luckiest Fishing Village” to strolling the set of “The Truman Show”. The region includes the areas of Destin/Ft. Walton Beach Area, Marianna, Panama City Beach, Pensacola and Seaside/Beaches of South Walton.

Not only home to Florida’s capital city of Tallahassee, the North Central region of Florida, also known as the “historic gulf coast”, is rich with intriguing historical sites alongside a wealth of natural refuges and wilderness sites, rich in recreational possibilities from fishing and kayaking to camping and hiking. The region includes the areas of Apalachicola/Port St. Joe, Cedar Key/Steinhatchee, Live Oak/Lake City and Tallahassee. 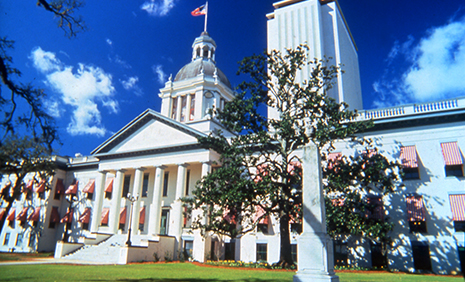 With the wealth of educational, entertaining and cultural attractions of Tampa, the unique charm of the 26 communities of St Petersburg and Clearwater, and the largest herd of wintering manatees in the United States on Florida’s Nature Coast, it is the diversity of attractions that makes the Central West region of Florida so intriguing. The region includes the areas of Crystal River, St. Petersburg/Clearwater and Tampa.

Recognized as the ultimate center for the world’s major family destination theme parks like Walt Disney World, Universal Studios and Sea World in the Orlando area and Cypress Gardens in Winter Haven, Central Florida also offers green oases and outlying towns, historic districts and neighborhoods with their own distinct personality. The region includes the areas of Lakeland, Ocala and Orlando/Kissimmee.

A coastline of many names, Central East Florida incorporates “The Space Coast” featuring the Kennedy Space Center, and the “Treasure Coast” with the wreck of the Spanish treasure fleet of 1715. It is also a hotspot for surfers and racing enthusiasts at Daytona Beach. The region includes the areas of Cocoa Beach, Daytona Beach/New Smyrna Beach and Fort Pierce/Vero Beach.

From the charm of early colonial settlements along the Peace River Valley, to the sophisticated offerings of the “Cultural Coast” in the Sarasota/Bradenton Area, to the Gulf Islands and the fun of canoeing, kayaking, hiking, biking, sailing, fishing and boating, South West Florida has something for every taste. The region includes the areas of Charlotte Harbor, Fort Myers/Sanibel, Naples/Marco Island, Sarasota/Bradenton and Sebring/Arcadia.

From the chic and culture of Miami, to the 110 miles of the Florida Keys, from the fun of Ft Lauderdale, the “Venice of America”, with its islands and nightlife, to the end of the Gold Coast at Palm Beach, once the playground of the rich and celebrated, now “Florida’s Golf Capital” the attractions of South East Florida are diverse and plentiful. The region includes the areas of the Florida Keys & Key West, Fort Lauderdale, Lake Okeechobee, Miami and Palm Beach. 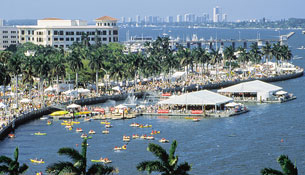