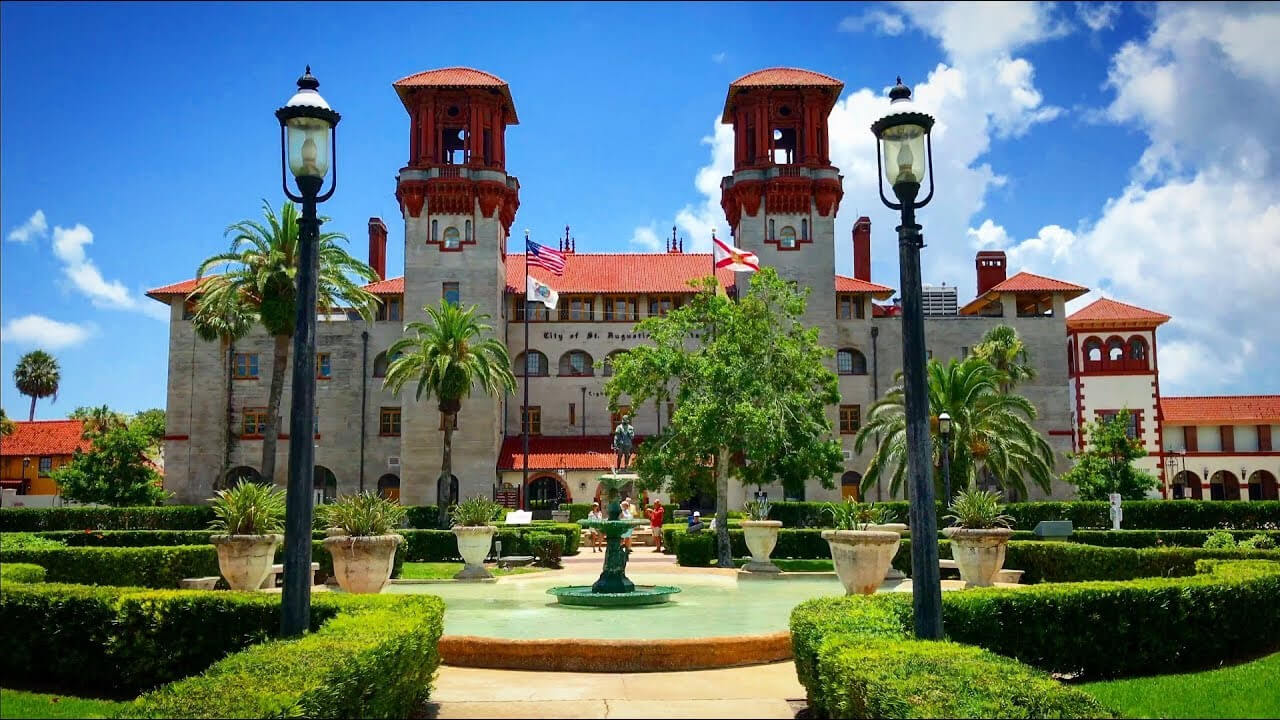 Throughout St Augustine Florida, there are several, what we would call, “points of interest”. Not really attractions or tours but still interesting stops along the way. All are free of charge; now that’s really nice.

Most of these will be just shortstops as you wander around the city. Some are quite old and some not so old, but all interesting. So be sure to make a note or better yet print this page and bring it with you so you don’t miss these interesting “points of interest”.

This street has been labeled, “One of the most beautiful streets in America” by National Geographic Magazine. The live oaks on the eastern side of the street, blown by the prevailing winds, create a graceful arch over the street. Magnolia Avenue runs north and south parallel to San Marco Avenue.

Turn right on Myrtle Avenue just north the Mission Nombre de Dios, go to the end and turn left to see a site you won’t soon forget. St Augustine Florida, isn’t it beautiful? Be sure to bring your camera!

Located just off of San Marco Avenue in the parking lot of the Howard Johnson Resort. A magnificent ancient oak tree reported being over 500 years old. Stop by and visit the oldest resident of St Augustine Florida.

Runs from St. Augustine inlet 20 miles south to the Atlantic Ocean. It is the western and southern border of Anastasia Island. Sitting on the banks of the river is the Castillo de San Marcos and Fort Matanzas, two of Florida’s national historic sites that are well worth visiting.

You won’t want to miss a walk along St. George Street. It is closed to traffic, including bicycles and skateboards, for peaceful walking. Old houses, some reconstructed some original, are home to many unique shops and restaurants.

Another one of our narrow, brick–lined, quaint, streets. This street has an interesting array of shops and restaurants unique to the area. It’s not quite as long as St. George but equally as nice, so don’t miss this one.

You can walk down Aviles and back up Charlotte which is just a short block east. The Spanish Military Hospital is located on the left side of Aviles.

Links the mainland with Anastasia Island and is found in the heart of downtown St Augustine Florida. The bridge is currently under construction (summer 2008). The work is scheduled to be finished in 2009. It makes things a bit messy for now on our beautiful bayfront but soon all will be back to normal and we’ll have a much safer bridge. 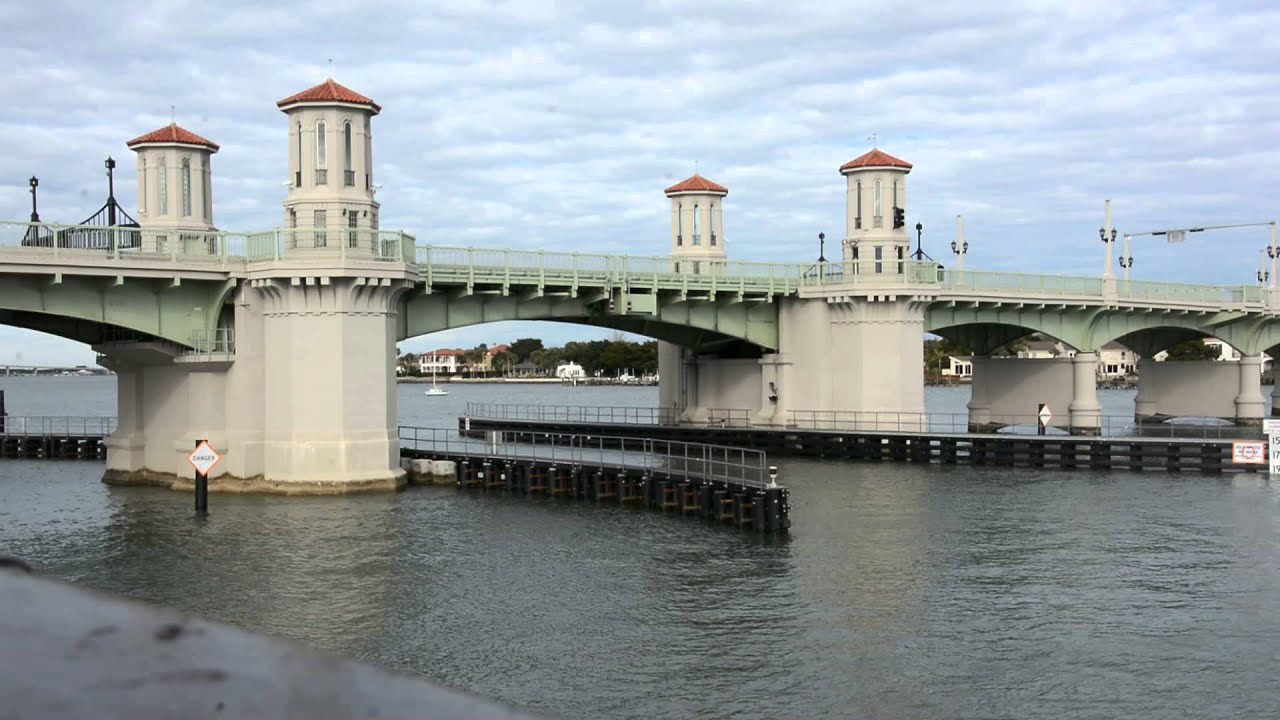 America’s first mission and site of the founding of St. Augustine in 1565. Look for the 200-foot cross towering above the cities most historic grounds.

Established outside of the city gates of St Augustine Florida in 1821. Burial was for victims of the yellow fever epidemic and non-Catholics. The Presbyterian Church has owned this cemetery since 1832. Renovation and documentation of grave markers have been undertaken by members of the church and concerned citizens. The location is adjacent to the Visitors Center on Avenida Menendez.

This cemetery is on the site of an old Indian village. Since it was within the city walls, it became the Catholic burial grounds. Located on Cordova Street just south of the Visitors Center.

Located adjacent to the Florida National Guard Headquarters on Marine Street. It was designated a national cemetery in 1881. The earliest burials, beginning in 1828, were soldiers that died during the Indian Wars. A large monument constructed of coquina, the Dade Monument, marked the end of this war. Beneath the three pyramids are the remains of over 1400 soldiers who died between 1835 and 1842. 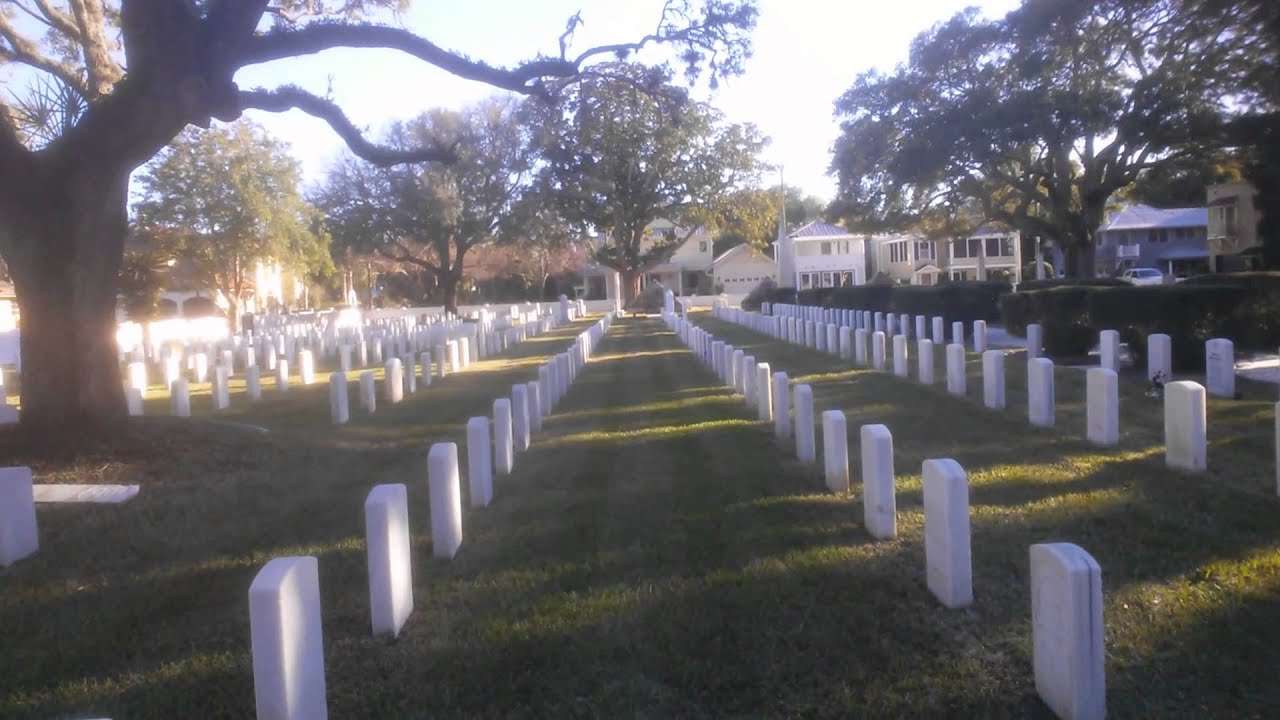 Yes, it really is, the love tree. An oak tree is totally wrapped around a palm tree, now if that does not love I don’t know what is. Located just south of the Visitor’s Center on the west side of Cordova Street.

In 1594 the King of Spain decreed all colonial cities must have a central plaza to be used for commerce and official functions. The first system of weights and measures in North America was utilized at this site. There are several monuments that may be of interest, so enjoy a walk through the plaza which is located in the center of downtown St. Augustine. 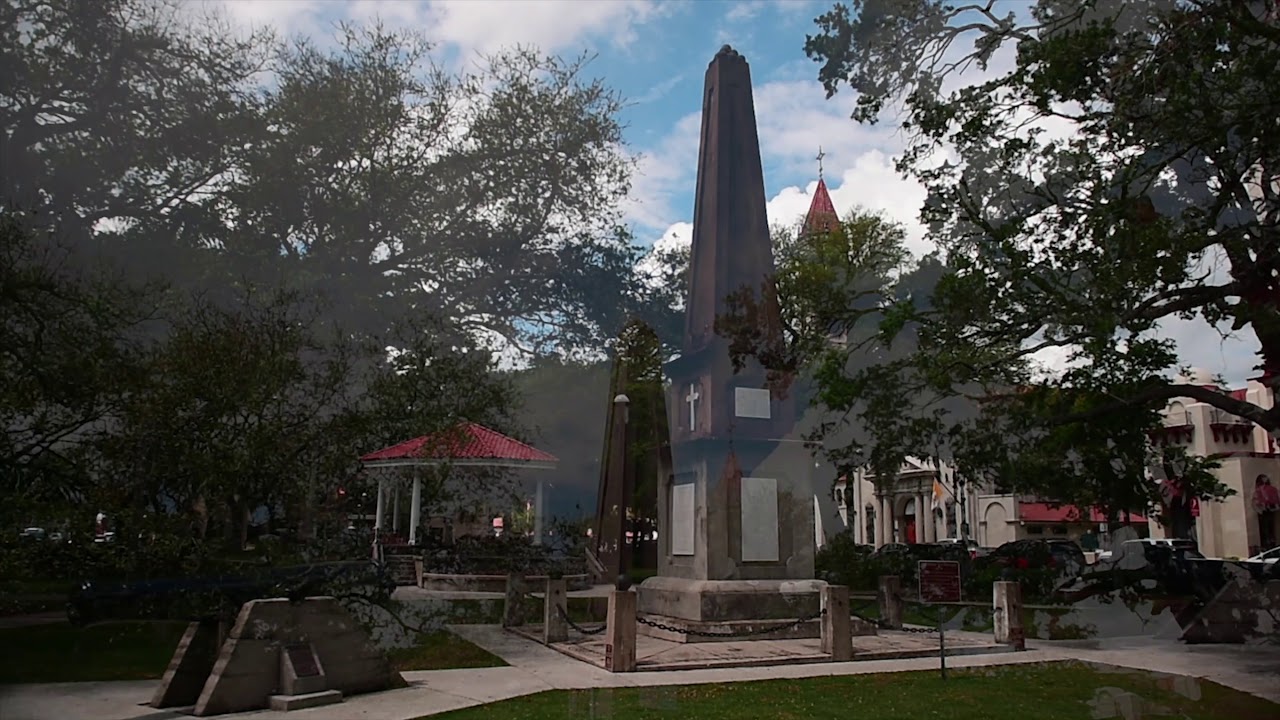 Established after the Civil War, it was one of the first free black communities in America. This area has the largest collection of Victorian houses in the city. Several churches were the gathering place of civil rights activists, including Dr. Martin Luther King, in the early 1960s. There are numerous historical markers explaining the unique history of this area.

This park was the staging area of British General James Oglethorpe. His troops bombarded the Castillo de San Marcos from this site for over 30 days. Unable to inflict enough damage to conquer the fort, they withdrew and returned, unsuccessful, to Georgia. Located across the Bridge of Lions, turn left on Gerado St., right on Oglethorpe Ave.